The Cold Spring trailhead is on Mountian Drive behind Montecito. Head up Hot Springs and turn left on Mountain to get there. For more extensive and somewhat silly directions, see localhikes.com, which has plenty of other useful information too. For another viewpoint, see here.

So, get there, head up the trail on the east side of the stream, and when you get to the fork in the trail, take it! Hahaha. Okay, standard joke out of the way.

So, get there, head up the trail on the east side of the stream and go left at the fork to cross the stream and join the trail runners. Some people are just mad about running. Not too long after there's another fork, this time go right and leave the main trail. Very shortly up that there is a third fork, one leading up the narrow canyon and one climbing the hillside. Presumably the falls is up the one on the narrow canyon, but if you've read the second site up there, you might think that's the old trail and the one up the hillside is the new trail rather than a different trail altogether. We (me and mom) turned up the hillside, so can't say how far the trail along a steep side of a narrow canyon actually went or if the falls were accessible.

Climbing up above the city always gives a good view. The islands are hard to see, but the sharp eyed can pick out Santa Cruz and Anacapa. 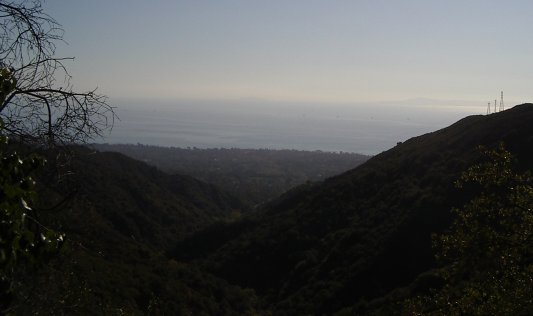 The hillside is loose and greenish and has a couple of caves in the sandstone. Well, they look like caves. It is unlikely they go very far back. Rounding the corner to see these we start to hear water. 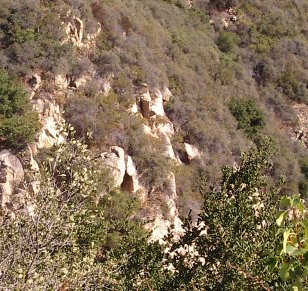 Even a tiny bit of cascading falls can be seen. Maybe. It's the ripply bit. 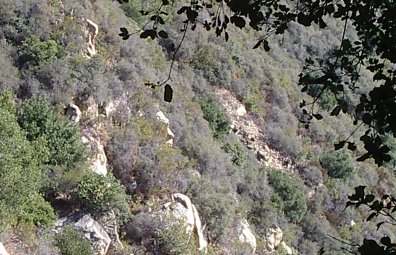 At this point, even higher up, there's even more vista. Pasting pictures together certainly isn't the simplest manuver as everything in the foreground lines up differently from everything in the background. Click for all the glory of having it big enough to see the mistakes even better.

And then the trail turns into the pleasant little creek valley above the falls, leaving the vistas behind. The temperature dropped and little pools were lying about all over the place. This tree... 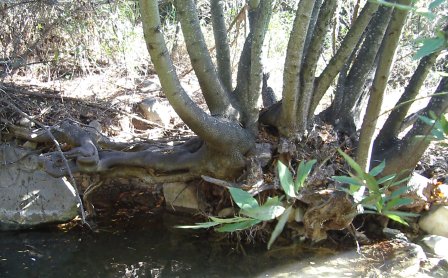 presides over one such pool. 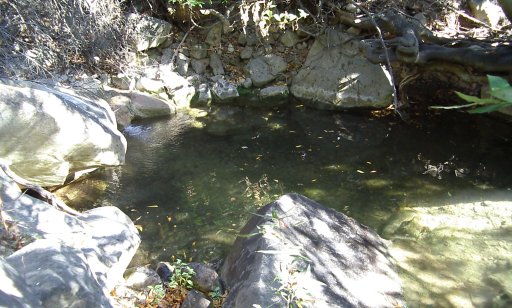 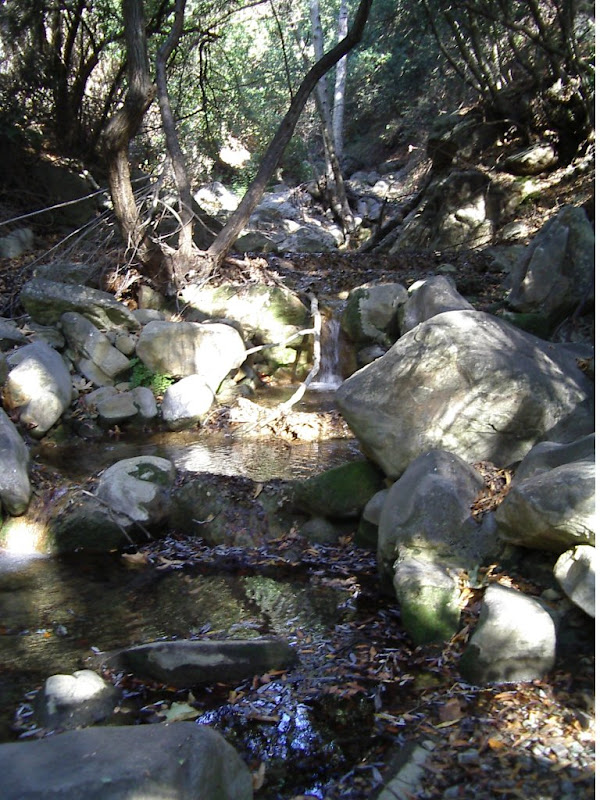 Further up, a very short (and sanctioned) offshoot of the trail travels about 100 feet to the first part of this trail's destination just before the last stream crossing. There is what looks like an old plow... 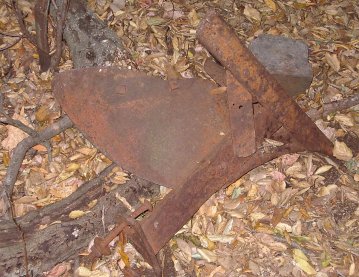 and some other rusted metal pieces. 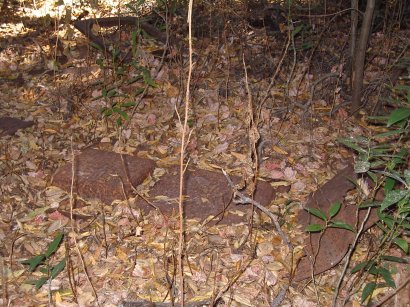 Finally the trail ends at what we are told is the root cellar of an old homestead. 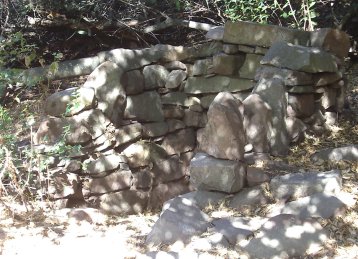 The stream and canyon still continue up further to the ridge above. This is a nice view to have by the front door.

Another pool, choked with fall leaves, as we return.

And a much better view of the falls that were supposed to be the destination. The trail has a highly dangerous looking spurt going out onto the high cliff to the left. Nice little cave to the right. The falls cascade over from about where the tree is below the cliff. 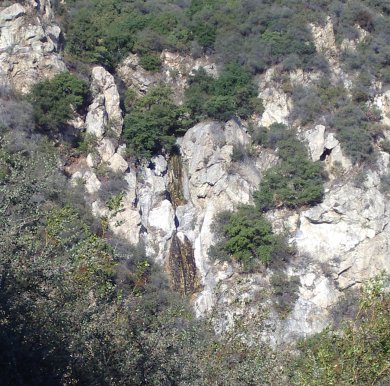 Again, from a little further away and a little different angle. 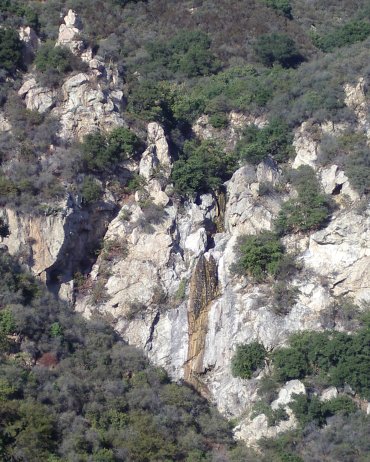 And one last look before going around the corner and seeing no more. 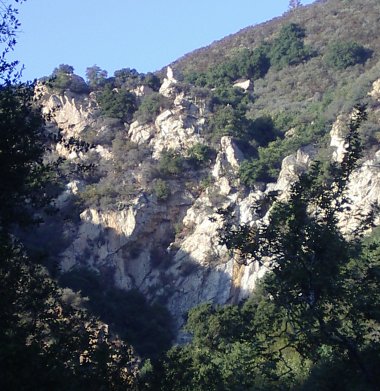 Then back to the main trail where the trail is well above the stream. 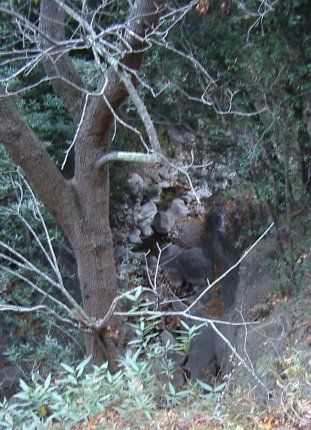 And then back down the connector to the road. Be good people while on the trail.